Cydia is a third-party app store for jailbroken Devices and an alternative for the Sileo App store.
All iOS and iPadOS users can install Cydia from the following Jailbreak tools.

How to install Cydia? - Guides

We listed all Jailbreak tools, and it's compatible. So click on the compatible jailbreak tool according to your iOS Device and running the iOS/iPadOS version.

Checkra1n virtual and Unc0ver virtual tools can be installed directly from Zeon app store. Tap the link below from Mobile Safari to install.

Once installed Zeon > Must install Zeon Repo Extractor > Then Go to Get Repos Option and Copy the Checkra1n virtual or Unc0ver virtual Repo URL > Then Open Repo Extract option and paste the repo URL and tap Extract.

Unc0ver new version supports installing cydia for iOS 14.8 to iOS 14.6 versions. This new Unc0ver version supports 14.8 to 14.6 running A12 and A13 Devices only. You can use both Online and PC versions of the Unc0ver tool from the below.

Must set up Fugu14 before installing the Unc0ver tool. Follow below steps.

Rootless Jailbreak supports iOS 12 to iOS 12.4.8 versions running A7 to A11 Devices.. But Rootless Jailbrak does not install Cydia after completing the Jailbreak process. So you have to install Jailbreak apps through Filza File manager. Unc0ver Just updated for iOS 12.4.8

Meridian is a Semi-untethered Jailbreak tool that supports A7 to A10X 64-bit running Devices. Meridian tool also has Pc and Without Computer methods. Without a PC is the easiest way to run the Meridian jailbreak tool

DoubleH3lix Jailbreak fully compatible with iOS 10 to iOS 10.3.3 running 64-Bit Devices. Well known Siguza and Tihmstar are the developers of this tool.

Phonix jailbreak IPA now not available on the official website. It is blocked by Google because of detecting malware attacks.

iOS 7.1, iOS 7.1.1 and iOS 7.1.2 running iPhone , iPad Devices fully compatible for Pangu7 Jailbreak tool. Pangu7 Jailbreak website also blocked by Google. So do not visit to Pangu7 website and stay away from it.

iOS 6.1.3 running iPhone and iPad are supported for P0sixspwn Jailbreak.

What Cydia can do?

Once installed Cydia, you can install Apple restricted applications and install applications that are not available in Apple App Store.
Usually, iOS / iPadOS users cannot customize the Devices as they want. Like Home Screen customize / Add Custom ringtone / Change theme / Font Change / Location spoofer / Carrier unlock / iPhone iCloud unlock / iCloud Bypass and etc.
So Cydia is a must-have application if you want to change your Device to the next level.

How to remove Cydia?

Cydia Can be removed anytime with few methods. Follow the below method to remove.

iOS Upgrade method - Once updated to the latest iOS version. Cydia will erase from your Device. Also, it will lose the re-jailbreak ability.

Unc0ver Restore RootFS method - Cydia will erase from your Device but will not lose re-jailbreak ability.

Checkra1n Restore System - Cydia will erase from your Device but will not lose re-jailbreak ability.

How to add Cydia Repos?

How to remove Cydia Repo

Users can remove / Delete the repo anytime. Tap any source which you want to delete. Then swipe to the left. Then you will have an option to delete the Source.

As I said above, Cydia is a third-party application manager for Jailbroken Devices. But Jailbroken users still can install applications / Tweaks, etc., without installing the Cydia application.
Therefore, you should install the Filza file manager on your jailbroken Device. Then Download deb files and Copy and paste deb files to the filza File manager.
You can get most latest Cydia deb files from here.

iOS 15.2 iOS 15 users can now change the Home Screen icon from Silzee Theme Board. It is a Jailbreak Free method and is based on iOS Siri Scripting.
How to change Icons without Cydia - Written Guide

YoorWeather is a newly released method for changing Home Screen and Lock Screen theme. This method only works on iOS 15 and above Devices.
You can get an actual Jailbreak feeling from the YoorWeather method.
How to Apply - Written Guide

Popular Tweaks ( iOS 11 and above ) FREE

Popular Themes Sn0wBaord ( iOS 11 and above )

Adding themes is the best part of jailbreaking. So once you install Cydia, you can access thousands of colorful and fantastic themes.

The simple answer is yes. But we not recommended installing crack repos. Most crack ( Pirate ) repos content malware files and hack contents. So installing Cydia Jailbreak apps from crack apps is unsafe.
Sometimes these unsafe applications will brick your iOS Device. So you cannot whether Cydia apps are safe or unsafe manually, but Silzee Can do it for you.
Silzee team developed a Scam finder tool, and you can check whether repos content malware or not from the Silzee Scam finder tool.

Jailbreak and install Cydia always free. Also, most apps are free, and some of them not. Here is the most popular Paid Tweak list.

Cydia Substrate is formally known as a MobileSubstrate, and that helped to Tweak injection. Substrate has three major versions: MobileHooker, MobileLoader, and safe mode. Get the latest Substrate update from here.

Cydia Eraser is also known as a Cydia Impactor. You can remove Cydia from the Cydia Eraser tool without removing the re-jailbreak ability.

What is Cydia Extender

Cydia Extender is an on-device utility to renew applications and also basically Cydia Impactor on your device. Unfortunately, Apple is usually not allowing to sign applications.
Extender only works with Jailbroken iPhone, and no need to use an Apple Developer account.

There are so many alternatives to Cydia. Sileo is the perfect alternative for it. 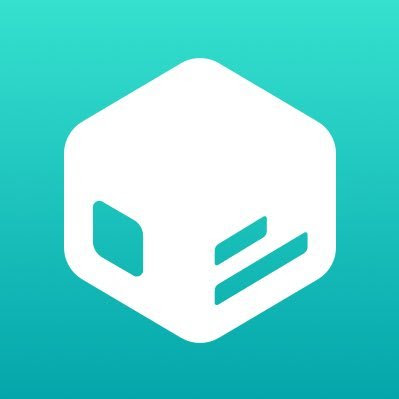 AppTapp Team is the Developer of Installer5 Cydia alternative. At this time, Installer5 is fully compatible with iOS 10 to iOS 13 versions. When compared with other package managers, Installer5 has more features. You can install Installer5 for your jailbroken Devices, add below repo URL.

The modern and powerful Package manager for jailbroken iPhone, iPad, and iPod Touch Devices. Currently, Zebra is fully compatible with iOS 8 to iOS 13 jailbroken devices. You can add it to your Device as a Cydia replacement through their official repo. Just add the below Source to your Source list and add.

Many Tweaked app stores are available for the latest iOS versions, such as TuTuBox,TweakBox, AppValley, Appcake, CokerNutx. These applications do not require a jailbreak to install. You can install the most popular app, Tweaked app,++ applications, and Modified Games app from these tweaked app stores.

Many scam methods available for download Cydia at the moment. App hacks.co/Cydia is the world-famous scam method. It is a Survey Scam for iOS users. You can get more information about Apphacks.co/Cydia scam from here.

Common Cydia Errors and How to Fix

There are lots of Errors, and you cannot use Cydia until you fix it. Use the below links to know common errors and guide to fix them.

Jay Freeman (saurik) is the Developer of Cydia.

Cydia launched in February 2008 as an alternative for the Installer application. Cydia's name came from the moth genus ( scientific name of Cydia pomonella ).
Still, Cydia.com's domain name is not owned by Saurik, and he filed an action back in 2010 against Cykon Technology Limited regarding Cydia.com domain name rights.

Cydia's name reference the moth genus. Cydia pomonella is a scientific name for the coddling moth. The coddling moth is a stereotypical apple worm. That's why Saurik named it a Cydia.

We think you had good knowledge about Cydia from the Silzee Cydia page. Now you can check your Jailbreak / Cydia knowledge from below.